RSS
← Programming Fundamentals
I admit it: Class wiped me out! → 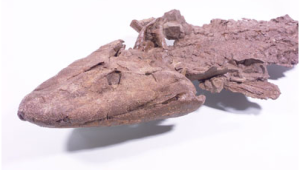 Tomorrow we start talking about Neil Shubin’s book, ‘Your Inner Fish.’ We’re going through this book at a pace of about a chapter a week from now until almost the end of the semester. I’ve already gotten a few essays from my students about their thoughts after reading chapter 1. (The assignment is to just write anything – a quick statement indicating what the chapter covered and then opinion, thoughts, reflections, anything.)

Most people wrote that they really enjoyed chapter one and that it opened their eyes to the world around them. Sometime’s I’m a little jealous that they get to see the world of science unfold before them. I remember that feeling when I first started studying science seriously and it was amazing. I still get it once in a while when I read someone’s work that opens a new door, but less often than the first year of intro biology and reading ‘The Selfish Gene’ for the first time. At that time I was struck with how amazing the world was. Everything made sense – not to say that I understood it, but that it became apparent to me for the first time that the world does make sense and that if you look carefully, then you could see it too.

I do have some students that feel that this class treads a bit too close to sacred ground for them though. I just read one student’s essays about chapters 1 and 2 and I can see that we will be having a lot of conversations through this semester. As always, I try to be cautious about what I might say. I don’t like to tread on anyone’s religious beliefs, but I am also paid to show what is known about biology – and one major tenet of that is evolution by natural selection. The trouble is not that I go out of my way to say anything at all about religion, it’s that people bring it into my classroom and I have to choose how to deal with it.

I know what some of my mentors would do, but it’s simply not my style.

I’ll be sure to let you know how it goes though.

Posted by downhousesoftware on August 29, 2012 in Uncategorized

← Programming Fundamentals
I admit it: Class wiped me out! →