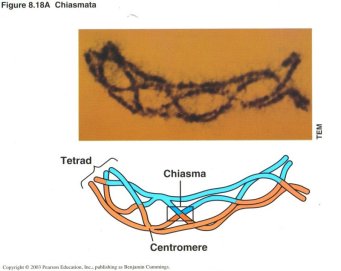 Students in my General Biology class can work through this problem in place of one of your extra credit essays. The catch is that this work must be finished completely and presented clearly by Tuesday Nov. 27 no later than 12pm (hard deadline). I can answer questions either here online (post as comments) or in class on Tuesday Nov. 20. However, I will not take more than a couple minutes of class time to discuss this. If you need more time, please schedule that with me. Also, feel free to cooperate with other students.

You are a student examining four genes in humans about which you have collected a large amount of data that you need to analyze. Some of the work has been done for you by previous students in the lab, some of it you will need to work out yourself.

The genes and alleles are described below:

You have a pool of data from the following crosses:

A previous student already computed the recombination frequency between the D locus  (Polydactl) and the B locus (for Baldness) as 18%.

A second student computed the recombination frequency between the C locus (for ear size) and the B locus (for Baldness) as 20.8%

1. Compute the recombination frequencies for the two data sets you have (showing your work)

2. Draw a gene map for the four loci to the best approximation. Be sure to include distances in centi-Morgans between each locus.

3. You will not be able to pinpoint one gene’s locus exactly. Tell me what experiment(s) you would have to do and provide sample data that would enable you to pinpoint this last locus.

Posted by downhousesoftware on November 15, 2012 in Uncategorized