Both classes have quizzes tomorrow…

The theme of some of my extra credit questions (the non-science ones) is science fiction films.

These two films, released in 1979 and 1982 both begin with the exploration of supposedly dead worlds. In each film, something old and unexpected is awakened, but the similarities end there. I could easily call either of these films a favorite. 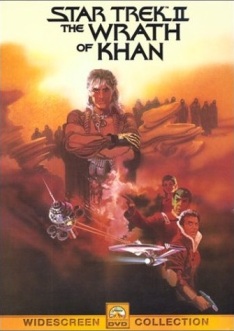 The Wrath of Kahn has the benefit of using an incredibly clever recollection of an old storyline from the TV series. The original episode, space seed, introduced us to Kahn, a product of genetic engineering in the late 20th century. Kahn fled Earth after his failed attempt at seizing control of the planet for himself and placed himself, along with many of his men and women into cryogenic sleep. They are awakened after drifting through space for hundred of years and no sooner is Kahn recovered from his long sleep, does he take control of the Enterprise. Inexplicably, once Kirk takes back command, he decides to leave Kahn on a nearby planet.

The Film picks up after the federation rediscovers Kahn during a scientific exploration. I don’t want to spoil it or anything, but things went bad on the planet and Kahn is pissed.

Alien, on the other hand is an entirely different film. We are plunged into a very realistic future where a towing unit returning to Earth with a refinery full of ore respond to a strange transmission coming from an unknown planet. There they find some wreckage of a space ship with a mutilated body and some strange eggs. Head and shoulders above the subsequent installments, Alien was something new and unpredictable. A great, unique story, well acted, beautiful to watch and unrelentingly intense. 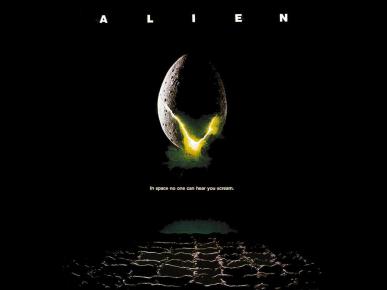 Posted by downhousesoftware on February 13, 2013 in Uncategorized

One response to “Both classes have quizzes tomorrow…”