The True-Life Horror that Inspired Moby-Dick | Past Imperfect 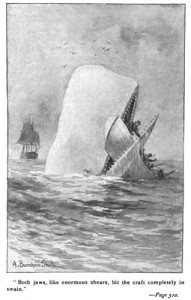 This month’s Smithsonian Magazine has an excellent article about the true life tragedy that inspired Melville’s novel, Moby Dick. In Melville’s treatment, the story ends where the Essex’ tragedy begins, with the sinking of the whaling ship by a vengeful sperm whale.

The True-Life Horror that Inspired Moby-Dick | Past Imperfect.

Amazingly, this was not the only ship that George Pollard lost at sea. After the Essex, Pollard’s next ship, Two Brothers, also sunk after striking a coral reef near Hawaii. In 2008, the remains of this second ship was found by divers. This remains the only known sunken whaling ship of its era ever found. 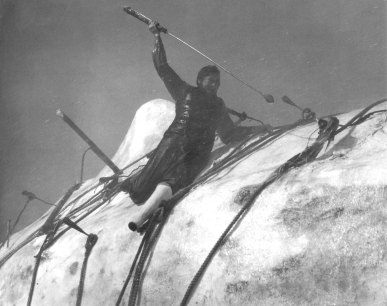 Not long after this … Ahab Becons.

Although this repeated bad luck at sea kept Pollard from sailing again (ship’s crews are loath to take a Jonah aboard), it did, at least keep him from Ahab’s fate.

Posted by downhousesoftware on March 11, 2013 in Education