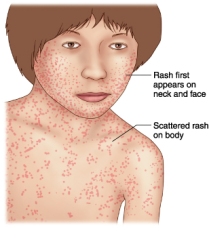 A student in one of my classes brought up a recent case of a baby being born with a lethal heart defect that had been linked by the physician to a viral infection. In class, it did not occur to me what virus might be linked to a malformation of this type, but we did actually just read about a virus capable of doing just that in Vaccinated, by Paul Offit.

It seems reasonable then, to discuss a disease that has faded from our cultural memory due to an effective vaccine campaign here in the US and abroad.

The virus discussed in that book is Rubella, or German Measles. In Vaccinated, the virus was referred to as the ‘Monster-Maker’- due to its teratogenic effects on developing fetus’. In fact, heart defects very much like the kind described have been attributed to Rubella infections of the mother between the third and tenth week of pregnancy. 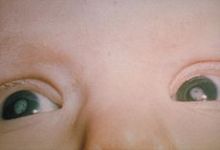 The classic triad of symptoms associated with congenital rubella syndrome (CRS) is: 1) Deafness, 2) Eye abnormalities including cataracts and 3) Congenital heart disease, especially patent ductus arteriosus. Rubella also can cause miscarriages and stillbirths if the mother is infected early in the pregnancy. The CDC describes CRS and its symptoms in its Manual for the Surveillance of Vaccine-Preventable Diseases (5th Edition, 2012) by McLean et al.

The push for an effective vaccine was driven, in part, by a devastating global pandemic in the early 1960s during which more than 12 million cases of rubella presented in the United States alone, resulting in 10,000+ therapeutic or spontaneous abortions and 20,000 cases of CRS.

Since the development of the vaccine, Rubella infection has been drastically reduced and in 2004 it was determined that Rubella had been eliminated in the US (so, it is unlikely that the case brought up in class was due to rubella). As of 2011, this elimination has been maintained and surveillance measures are in place to ensure immediate reporting of suspected cases to prevent recurrence of disease in the US.

“Other Infections that can cause birth defects include rubella (German measles),cytomegalovirus (CMV), syphilis, toxoplasmosis, Venezuelan equine encephalitis, parvovirus, and, rarely,chickenpox.”, a discussion of these can be found at kids health.org.

Posted by downhousesoftware on April 5, 2013 in Uncategorized

2 responses to “Rubella (AKA German Measles or three-day Measles)”