RSS
← Another Puzzle – about the interaction of host and pathogen
Welcome back to Fargo, North Dakota. →

I had to show this to my wife

Some symptoms of hypoglycemia include headaches, weakness, nervousness, trembling and unclear thinking. Another thing you might notice is when you are hypoglycemic, it’s not a good time to talk with you spouse about finances.

A recent article, published (ahead of print) in the Proceedings of the National Academy of the Sciences by Brad Bushman, et al used voodoo dolls and loud noise blasts to measure the aggression spouses felt at one another.

I’m relating to the feelings of aggression thing a bit lately. No against my wife – or against anyone in particular, but just a low level sense of irritability most likely attributable to the diet I recently adopted. I’ve been trying to exercise more lately, but the more I exercised, the more I found myself ‘grazing’ in the kitchen, looking for just anything.

As I continued exercising and eating more to compensate, I was getting more and more frustrated by any return on my exercise investment, so I finally gave in and admitted that I needed to do something about the other end of the calorie equation. I considered a couple of methods, but finally settled on the ‘Lose It’ app for my iPhone. Basically, this app serves as a food and exercise journal with a little goal-oriented motivation thrown in for good measure. one of the things I liked best about the app was its use of graphs to follow weight loss and project how long, if trends continue, it will take to achieve a weight loss goal.

Really, there’s nothing like a food diary to limit what you eat. 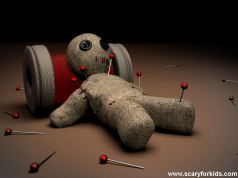 But it’s not just hypoglycemia. Other work suggests that just engaging in self-limiting behavior – exerting self-control – leads to increased aggression. “In one study people who choose an apple instead of a chocolate bar were more likely to choose movies with anger and revenge themes than milder movies.”

Well, according to the app, I only have to keep things under control for another 100 days. Another 100 days of movies to line up.

Posted by downhousesoftware on April 15, 2014 in Uncategorized

← Another Puzzle – about the interaction of host and pathogen
Welcome back to Fargo, North Dakota. →