“On Tuesday, NBA Commissioner Adam Silver banned Sterling for life, fined him $2.5 million and urged league owners to force him to sell the team,” FoxNews reports.  This wasn’t the first time Sterling has been accused of making racist statements. He was once unsuccessfully sued for wrongful termination based on race and settled another suit claiming he was committing racist exclusion in renting real estate, however, it is noteworthy that he was not convicted in either of these prior offenses.

I’m not very keen on defending a racist, but I do find it troubling that Sterling is paying a very real financial and professional price for a statement that he apparently made in private.

Phone conversations are typically considered to have the expectation of privacy unless otherwise stated – think of the times you were asked if it was permissible to record your conversation ‘for training purposes.’ However, Siamak Nehoray, lawyer for V. Stiviano, claims that Sterling’s conversations were recorded with his consent for ‘archival purposes.’

I imagine Sterling saying, “Hey babe, make sure you record all these racist comments I make. I might need them for my memoir someday and I’d be really miffed if I couldn’t remember what words I used to denigrate your friends. Oh, and spread them around a bit in case your phone goes down. I don’t want this material lost.”

It’s important to note that Sterling did not lose control of his NBA franchise as a function of governmental condemnation of his speech. Although, it may become a public matter if Sterling feels that he has been wrongfully ‘terminated. I have no idea what the bylaws of the NBA owner’s club might be – and it looks like no one other than the owners themselves actually do. Nor do I know how this constitution might be governed by law.

Just ask yourself this one question though. ‘Have you ever said anything – anywhere that could get you fired from your job if it was made public? ‘  No frustrations with your boss or co-workers? No dissent from the company line on a product they sell? No matter when or where you were. Maybe it was on the phone with your mother or best friend after a particularly rough day?

Sterling doesn’t look like the kind of guy I would enjoy hanging out with and I doubt he would want to spend any time with me either. And if says or acts on any of these racist remarks in public, he should get hell for it. But everyone has a right to be as mean and surly as they want at home, don’t they? 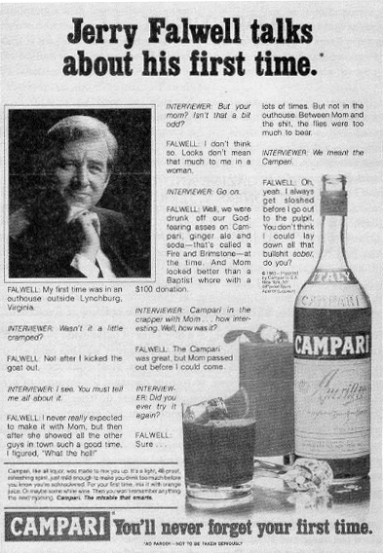 I suppose nice people don’t get sued for what they say, so only asses can keep speech free.

Posted by downhousesoftware on May 3, 2014 in Uncategorized

One response to “Sterling”