RSS
← Freakonomics Questions Podcast: Too close to home?
What if learning C++ was as easy to learn as javascript, ruby of python? → 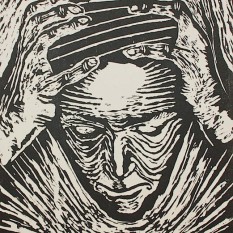 Where did my mind go?

I admit that I have a problem.

That problem is that I have to try-really try to be organized (if any students are reading this, they won’t believe that I am ever organized, even after trying, but that’s only partly correct). It does not come naturally to me and I tend to add complexity when I should be adding simplicity. The good thing is, at least I recognize this and I have a couple solutions, one of which I’ll fess up to right away: When I get lost in my own web, the best thing I can do is put my problem down and come back after a good night’s sleep.

It’s rare that I actually get a good night’s sleep though, but it often works out that any degree of shut-eye will do. And this is just what neurologists have been telling us for a long time. We don’t fully understand sleep, but we do know that it’s important. Recent data has just come out from the University of Wisconsin-Madison lending further support to the hypothesis that sleep is an organizing tool for our brains.

Really, this is an important part of my work.

Dr. Giulio Tononi, of the UW Center for Sleep and Consciousness. “During wake, learning strengthens the synaptic connections throughout the brain, increasing the need for energy and saturating the brain with new information. Sleep allows the brain to reset, helping integrate newly learned material with consolidated memories, so the brain can begin anew the next day.”

We know that sleep functions in many ways to help out brains. Again, from the UW-M website, “Indeed, there is evidence that sleep enhances important features of memory, including acquisition, consolidation, gist extraction, integration and “smart forgetting,” which allows the brain to rid itself of the inevitable accumulation of unimportant details.”

Prior work from Brown University also shows that “sleep is not just a waste of time.” While the data from UW-M suggests that sleep is important in the organization, integration and normalization of new material, Masako Tamaki and co-workers from Brown have shown that sleep is necessary in order to learn new motor tasks. This means, that we need sleep not only to make sense of information, but also to be able to retrieve it more efficiently and tie it to specific musculature functions (e.g. riding a bike, playing an instrument).

The other evening I was lost in the complexity of a new programming project I have been working on. I had an idea of how I wanted to attack the task, but it involved learning a number of new methods for handling and retrieving data. The point of the project was to create an program that was incrementally advancing in the way it was crafted – i.e. it was a learning tool for me. There’s no need for this project, just practice for me. Yet, I was doing something that I’ve learned not to do again and again in science. I was adding more than one variable to an experiment and then being frustrated by my inability to work out the kinks and get any meaning.

I needed sleep and knew it. So, I did the nest I could to make notes about what I was dealing with and closed everything (including myself) down.

The next day, I gave myself permission to re-examine the problem from scratch and figure out if I was going about it in the best way possible. The first thing I did was to ratchet back the number of new methods used and made a larger, more cumbersome program, but one that was functionally simpler. I also permitted myself to ‘cheat’ a couple of aspects of the program in order to get it working and then try to re-introduce the items that I cheated by removing before. An example of this was to just use a simple integer, like ‘5’ where I really wanted to generate a random number based on the size of a container that was holding ‘objects’ I used in the program. This meant that I could focus on the use of the data without needing to feed in the ‘real’ information yet.

Most importantly, I feel better about the project now. I think I can finish it with a couple more hours of work and I don’t think I have to throw my computer out of a high window just yet. Take my advice. When working on something that is giving you trouble, give it a good go, then stop, sleep, regroup, and start fresh the next day. Your time is better spent sleeping than spinning your wheels.

In fact, I am still having problems, but they are becoming more well defined and manageable. I’m posting the program itself and some discussion of my problems on my other blog, but I thought I would start with a little Neurobiology here first.

Posted by downhousesoftware on May 15, 2014 in Uncategorized

← Freakonomics Questions Podcast: Too close to home?
What if learning C++ was as easy to learn as javascript, ruby of python? →