Apparently disclosure of funding sources does not seem to be a important to some researchers. In Paul Offit’s Autism’s False Prophets, Andrew Wakefield’s failure to disclose $800,000 given to him by Richard Barr’s law firm to link MMR vaccine to Autism is a major factor contributing to his decline and fall. In Wakefield’s case, he failed to disclose any conflicts of interest as required by the journal, The Lancet, where he published his work.

The Lancet’s Author Instructions state clearly what may constitute a conflict of interest and that anything giving the impression of a conflict should be reported to the editor.

A conflict of interest exists when professional judgement concerning a primary interest (such as patients’ welfare or validity of research) may be influenced by a secondary interest (such a financial gain). Financial relationships are easily identifiable … A conflict can be actual or potential, and full disclosure to the Editor is the safest course.

At the end of the text, under a subheading “Declaration of interests”, all authors must disclose any financial and personal relationships with other people or organisations that could inappropriately influence (bias) their work.

Wakefield’s failure to report the potential conflict of interest both to the journal and also to his collaborators. Unsurprisingly, both groups were upset when they learned about the money. Eventually, along with alleged ethical violations, Wakefield had his license to practice medicine revoked and his paper retracted. 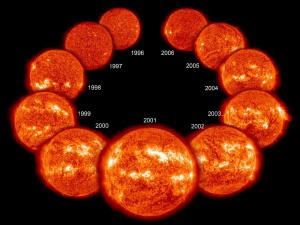 One would think that this would serve as a warning to those with similar perceived conflicts, suggesting the best course of action to be one of full disclosure. In the end, it is often easier to defend a potential conflict that the author puts forward him or herself, rather than having to retroactively explain why information was withheld and then try to demonstrate that any conflicts did not impact the quality or findings discovered.

Nevertheless, The New York Times has published an account of a very similar situation in climate science today. In their article, Deeper Ties to Corporate Cash for Doubtful Climate Researcher, the case of Wei-Hock Soon, a scientist at the Harvard-Smithsonian Center for Astrophysics who claims that variations in the sun’s energy can largely explain recent global warming is being investigated for the influence of cash on his findings.

The crux of the times article is that Soon…

… accepted more than $1.2 million in money from the fossil-fuel industry over the last decade while failing to disclose that conflict of interest in most of his scientific papers. At least 11 papers he has published since 2008 omitted such a disclosure, and in at least eight of those cases, he appears to have violated ethical guidelines of the journals that published his work.

The disclosure of Soon’s funding does not mean that his data were influenced by the money, however, keeping it hidden definitely leads to questions. Not the least of his problems comes from using terminology such as ‘deliverables’ to describe his papers and preparations for congressional testimony in communication with his supporters. The term ‘deliverable’ is defined by business dictionary.com as a “Report or item that must be completed and delivered under the terms of an agreement or contract.”

Although these articles are not within the timeframe of the financial contributions alleged in the Times, these help to clarify Soon’s position on climate science. These publications include:

“Recent Warming is not Historically Unique”.  Callie Baliunas & Willie Soon (2001.04.17)Capitalism Magazine. In which he concludes “The facts are simple. The Little Optimum and Little Ice Age were real. They were also widespread over the globe. The twentieth century is not the least bit climatically unusual. So why the recent media hysteria that the twentieth century is the warmest of the last 1,000 years?”

“Variable solar irradiance as a plausible agent for multidecadal variations in the Arctic-wide surface air temperature record of the past 130 years” Volume 32, Issue 16. August 2005. Geophysical Research Letters. As the title suggests, this article attributes recent climate data to “features that are highly correlated with the Sun’s intrinsic magnetic variability especially on multidecadal time scales.”

Posted by downhousesoftware on February 25, 2015 in Uncategorized