Feeling Important? This’ll take you down a notch 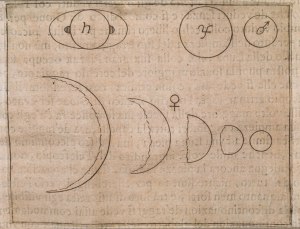 Like Galileo looking up to the heavens and Hooke looking down into the pond scum, the images in this essay still have the power to bend your mind regarding the scale of the universe.

In the 16th and early 17th centuries, everyone knew the Earth was the center of the universe and planets were odd wanderers in the sky.

Several men had suggested otherwise, but they didn’t always get rewarded for their scientific curiosities in ways that they appreciated.

The Athenian, Anaxagoras, of 5th century BC  had an idea that the Sun and stars were fiery stones. We were warmed by the Sun because of its proximity, while  the stars were too far away for their heat to be felt. For his ideas, he was  imprisoned for impiety.

Aristarchus of Samos, Greece in the 3rd century BC suggested that the Sun is much larger than the Earth and that the comparatively small Earth orbited around the larger Sun rather than the other way around. He also posited that the stars were so far away that there was no observable parallax. These ideas were not well accepted, and lacking the data required to prove such a hypothesis, it was difficult to sustain.

Giordano Bruno, a 16th century philosopher proposed the idea that the Earth is a planet just like the others orbiting the sun. To make matters worse, he added that the Universe is infinitely large containing many worlds. His ideas earned him the condemnation of both the Roman Catholic and Reformed Churches and was burnt alive at the stake in Rome in 1600 for his heresy.

It wasn’t until the early 20th century that new telescopes enabled Edwin Hubble and others to see beyond the scope of the Milky way and into the vast universe beyond. With these vast, new distances, another aspect of astronomy came into being – that of distance equating with time.

Posted by downhousesoftware on June 1, 2015 in Uncategorized