Let me start off by saying that ‘ail’ is a strange word.

v. t Ail āl To affect with pain or uneasiness, either physical or mental; to trouble; to be the matter with; — used to express some uneasiness or affection, whose cause is unknown; as, what ails the man? I know not what ails him.☞ It is never used to express a specific disease. We do not say, a fever ails him; but, something ails him.

When first typing ‘ails’ in the title of this entry, I had to stop and look into it to ensure that I had my spelling correct. There’s so little to it, and it is more a root word than a derivative, that it’s difficult to see anything in it that indicates where it comes from of whether I spelt it correctly.

Luckily for me, W.P. Lehmann’s ‘A Gothic Etymologic Dictionary‘ is available via GoogleBooks (note to self, I’ll have to look into the availablility of this in hard copy as it would go wonderfully with my copy of Reverand Skeat’s Etymological Dictionary)

Enough about etymology though…

What ails me about technology is how my faculty in using programming languages to manipulate big data sets like the complete human genome (So Long, Dr. Watson, and thanks for all the Bases*) does not necessarily translate into an ability to understand and operate my iPhone or the supercomputer AI that evidently controls my wife’s car.

While bumbling about trying to de-ice her car in the morning (the easy part), I managed to bump my phone and send an audio recording of what sounds distinctly like Darth Vader doing a force-choke on Santa Claus to a neighbor.

This was somehow the result of my opening the front door (equipped with sleigh bells for the holiday) while pulling on my shoes and trying to send a text to arrange an ice skating outing for my son –  all at the same time.

text – ‘Hi, Holly – wondering if the boys are around to go ice skating this week.’ -beep –

I spent a while trying to explain what happened by text. Then sending another text to sort out why I was sending multiple texts about nothing – ‘Ha, ha, don’t mind me!’

Then realize that the audio text appears not have been sent after all and I have to decide whether I should write again to explain that.

Then I get to the wife’s car. It intimidates me for a number of reasons. One: It’s very nice and not something I would ever expect to be lucky enough to have as part of my life (kind of like my wife, actually). Two: It’s definitely her car. I have keys, but they are very clearly only so that I can warm up the vehicle on cold days like today and in in the unlikely event she is ever locked out of her car. Three: I’m a filthy mess and somehow my wife manages to keep everything in her domain spotless, so I should just back away and not touch anything.

Anyway, it’s a hybrid and has an AI that could probably pilot the Discovery to Jupiter and back (Saturn, if you’re a reader) without killing Dave and the rest of the crew. Nevertheless, I am never convinced I’ve actually turned the car on. There’s just a button that says ‘Start’ and when you push it, nothing seems to happen.

I figured that everything was OK, but I couldn’t find anything that looked like a defrost button and had to take it on faith that anything I did would help since it’s electric and doesn’t have little explosions going on in the engine that normally warm up a car and provide heat.

It also has a habit of shutting itself off for no reason (boredom?) while I’m scraping ice from the windows and I have to try to get it restarted again without bringing my snowy, wet feet into the cabin.  I could start my truck by leaning in an open window and turning the key. But safety features of this car insist that you are seated in the front with a foot on the brake in order to start, so I have to lean on the seat with my feet hanging out and bend down to hold the brake with my hand while reaching back up to the dash to find the start button by feel.

That’s about the time she would normally walk outside and find me acting questionably around her car – maybe this is why I’m supposed to stick to driving my own car. But today, I was lucky that she had to spend some time talking with our son about why playing a board game and Uno spun out of control and ended up with everyone going to bed (or not) unhappy last night. So I actually got to appear competent in her eyes.

Thank God for that.

Now, I need to make him a second breakfast (the cat ate his first one and dumped a full glass of orange juice all over the dining room floor) and explain to him why eating a whole 200 pack of Tic Tacs before bed last night might make his tummy a little upset today.

*working title for my in-process manuscript of ‘quirks, slights, and elegant experiments leading to our current understanding of the Life, the Universe and Everything (Genetic)’

Posted by downhousesoftware on December 28, 2015 in Uncategorized

There’s a part of me that is getting worried by Donald Trump’s persistence in the GOP primary race. That same part of me wonders, if he wins, whether this blog entry will be used against me in some dark future.

Then I think back to races past when other candidates were leading in polls (and even in primaries a bit later) around this time in past election years.  Newt Gingrich was certain that his lead was insurmountable for a time in 2011.  Pat Buchanan  won the New Hampshire primary back in 1996. Hillary Clinton won that same primary in 2008 and looked unstoppable. Ron Paul was getting more attention than ever in 2011-early 2012. None of those candidates won the presidency, or even became their party’s nominee.

Politics can be scary, but often times it does actually select for mature, level-headed leaders in the highest offices – seemingly in spite of the process that gets them there. But loud-mouthed, bellicose bullies do have their draw. Palin rode the wave of jingoism all the way to her Party’s vice presidential nomination, for instance, with little more than volume and a message so simplistic it left extra space on a bumper sticker: ‘Drill baby, drill.’

Lately, Trump has let the dogs out by suggesting policies such as mass deportations of ~11 million illegal immigrants, closing our border to Mexico with a massive wall and to Muslims at every port of entry. He’s proposed shutting the internet down because it’s used by terrorists (I wonder if any of them use cell phones?)

In an interview with ‘Good Morning America’s George Stephanopoulos, Trump was asked: “You’re increasingly being compared to Hitler…Does that give you any pause at all?”

“No, because what I am doing is no different than what FDR — FDR’s solution for Germans, Italians, Japanese, you know, many years ago…This is a president who is highly respected by all…He did the same thing.”

I shouldn’t get myself into this, but I can’t help it…

I could be wrong, but I didn’t think it was internment that made FDR a highly respected president, I thought that had more to do with giving people jobs and building infrastructure.

“I will be the greatest jobs president that God ever created.”

Don’t worry, he’s got health. “I consider my health, stamina and strength one of my greatest assets.” and on Twitter: “As a presidential candidate, I have instructed my long-time doctor to issue, within two weeks, a full medical report-it will show perfection”

What about everyone else. Those of us who weren’t so blessed with perfection?

“We have to repeal Obamacare … it can be replaced with something much better for everybody… much better and much less expensive for people and for the government. “

Any ideas on how to make that happen?

This presidency thing is looking easier all the time. It’s amazing no one has managed to do it well before now.

Posted by downhousesoftware on December 21, 2015 in Uncategorized

This is undoubtedly the best time for a Star Wars fan: one day away from the long-awaited premier of Star Wars: The Force Awakens.

Our hopes and best wishes are pinned of you, J.J. Abrams. 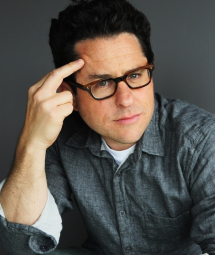 You’re not giving us the finger, are you? – on no, that’s just your Johnny Mathis / Mark Greene Pose

The trailers are awesome and still give me chills when the Falcon sails into view spiraling through the sky in combat with Tie Fighters. The story hasn’t been told yet, though we have been teased well enough to know where it’s going. BB-8 doesn’t spout out vaguely(?) racist jibber-jabber.

I heard you on 60 minutes spelling out your strategy of limited CGI and real explosions to re-capture the magic of the original trilogy. Your wife seems to like the film and sounds convincingly like she’s not just towing the line for her hubby.

Seriously, this is the best of times. There’s no greater joy than that of expectation for something grand. Christmas Eve is always better than Christmas itself.

My family has tickets for the 7:30 showing tomorrow night – we’re not the first showing in the area, but we’ll be safely ensconced in the theater long before the premier’s audience is let out.

I’ve been debating about when to get tickets for a second showing and decided to wait to see if my wife is willing to come along for a repeat within the same weekend (I think there are still tickets available).

Perhaps there are still 1am tickets for Friday morning?

So, here’s to the ghosts of Star Wars past (Alec Guinness and Peter Cushing?), Star Wars Present(Hamil, Ford, and Fisher?), and Star Wars Yet-to-Come(Ridley and Boyega?). I wish all of you the best. See you tomorrow night.

Posted by downhousesoftware on December 16, 2015 in Uncategorized

I’ve been searching for a good podcast from conservatives and have recently started listening to ‘Consider This!‘  I was drawn in by coverage of market forces acting to moderate drug prices following what I personally consider the loathsome actions of Martin Shkreli. “…(who) was criticized last month after his Turing Pharmaceuticals company announced an increase in the price of Daraprim from $13.50 to $750 per capsule after buying the rights to sell the drug. Daraprim is the only approved treatment for a life-threatening parasitic infection. “(from the CT! Podcast)

Daraprim is the trade name for Pyrimethamine ,  a medication used for protozoal infections. Mark L. Baum, CEO of Imprimis Pharmaceuticals, announced it’s selling an alternate medication to Daraprim for $1 a capsule according to the San Diego Union-Tribune.

With luck, Imprimis will be successful in its campaign to launch an affordable alternative thereby undercutting profit-gouging by the Hedge Fund investor-cum-pharma CEO,  Shkreli.

If any of you know of a good conservative news / opinion feed, please let me know. I’m eager to hear well-reasoned conservative takes on the news from newcasters less interested in partisan politics and more interested in valid, fact-checked arguments.

Posted by downhousesoftware on December 8, 2015 in Uncategorized