RSS
← Technology Ails Me
Schneider, Bowie and the Tall Man →

Oh, I do love articles that accurately portray Trump

And, although I have no problem with Trump being the person he is. I have to say that, like many born-on-third-base-thought-they-hit-a-triple people, I do begrudge him his fortune a bit, but there’s nothing for it. That’s just the world. Do I begrudge tall people for having the benefit of height? Do I begrudge Lucas Don Velour for his health? Sure, but that’s just the way it is – so it’s not really a grudge, just envy on my part.

It’s what he assumes with his wealth that bothers me most. That it makes him better, smarter, classier, H U G E ! !

Because he’s only fooling himself about that – well, he’s fooling a bunch of other white men too, I guess, and Ivana, Marla, and Melania too. But I don’t envy any of them a speck.

I was hoping to play a little game. I’ve gathered a few photographs of home interiors and you have to pick the owner of the house.

How do your answers stack up? (see below) Did you know some of these ahead of time from your big, suppressed Liberace fanboy persona? Have you toured Versailles or Graceland? What does it say that there’s not much to go on other than looking out the window on the NY skyline to distinguish between these decors? Sure, Elvis stands out because, despite being a film and music star, he lived a fairly grounded life by today’s standards? That, and the fact that his home stands as a monument to the truth that wealth alone does not separate someone from their background.

Or how about the fact that Cher’s home is actually really tasteful? I’m not sure I would want to live in it, but her use of stone and wrought iron is stylish without the flash of gold and mirrors. If I had to live in one of these homes, I would surely pick hers over the competition without a second thought.

Should I look at Trump’s comfort in a home easily mistakable for Versailles to be evidence that he is born to the role of king and just crown him? Or does this show a delusion of mind that would be frightful in a government official (especially a democratically elected one? – why did we ever revolt against the monarchy in the first place?)

In fact, I would much more prefer the Weasley’s Burrow to any of the above. 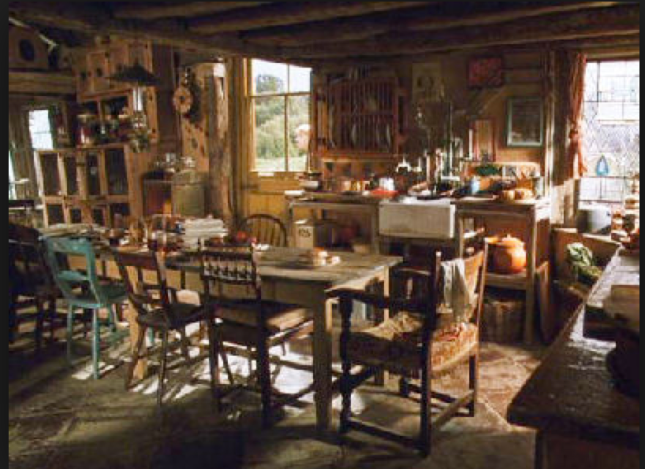 Posted by downhousesoftware on January 3, 2016 in Uncategorized

← Technology Ails Me
Schneider, Bowie and the Tall Man →