Phlogiston, bloodletting, and the four humors 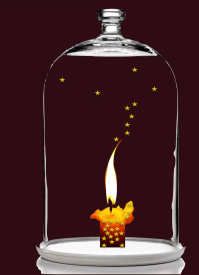 Not familiar? Well, that’s because it’s isn’t a thing at all – anymore.

Georg Ernst Stahl (1659–1734) lived in a complicated time for science. It was just being brought out of the dark ages in many ways and much of what he studied sounds completely foreign and backward to modern ears.

Primarily, Stahl studied the distinction between living and dead material. This vital force was supposedly the anima, or spirit, of a living thing, that gives it ‘agency.’ This was the same force, known as vitalism, that even Louis Pasteur believed was necessary for enzymatic reactions to proceed. Pasteur wasn’t wrong about much, but this one time he fell victim to the prevailing zeitgeist.

Stahl also proposed, in his De motu tonico vitali, that there was a ‘tonic motion’ in things that needed to be permitted for proper circulation of blood. When inflammation or other obstructions occurred, the problem was that this tonic motion was being blocked. One cure for these obstructions was the practice of bloodletting, which addressed the most easily managed of the four humors and was used to treat just about everything.

Although this may sound like a criticism of  Stahl, he was highly regarded as a professor and physician in his time and his work was critical in that it added an experimental element to scientific work. As a testimony to his reputation, he served as physician to both Duke Johann Ernst of Sachsen-Weimar and King Freiderich Wilhelm I of Prussia.

To get to the point here, he proposed the existance of a substance, Phlogiston, that was a component of many things that was released when that thing was burnt. Phlogiston was colorless, odorless, and weightless and it spoke to the question why something, once burnt, could not be burnt again. Ash, for example, was completely deflogistated matter. It contained no more phlogiston and was therefore impervious to further burning.

Additionally, air could fill with phlogiston, becoming saturated. When this happened, the principle of diffusion 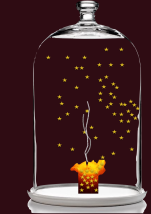 would kick in to prevent further diffusion of phlogiston out of a substance. Recall that the basic principle of diffusion is that substances go from regions of high concentration to regions of low concentration (Actually, the random movement of particles will continue unendingly. The apparent result of this movement is that a non-random, concentrated source of particles becomes a random distribution that is effectively uniform. Actually, the particles are still moving, but the random distribution appears stable).

It sets up a simple equation for combustion of any (flamable) thing like this:

Actually, it’s a great hypothesis. It does a servicable job in predicting the behavior of a combustible material in a simple system.  Imagine that phlogiston = carbon. This phlogiston / carbon exists in different forms around us: a waxy hydrocarbon chain in the candle, CO2 in the air, and as the backbone of sugars. However, it fails to recognize a couple of important things too: Mass doesn’t just disappear, the CO2 does have mass, of course, but it’s harder to appreciate. Also, flames don’t necessarily go out because of too much CO2 in the surrounding air, but because of a lack of something else, Oxygen.

However, it does fail to recognize a couple of important aspects. First, mass doesn’t just disappear during combustion. What remains as ash is lighter than the starting material.  CO2 is released and despit that fact that it is harder to appreciate, it does have mass. Second, flames don’t necessarily go out because of too much CO2 in the surrounding air, but because of a lack of something else. 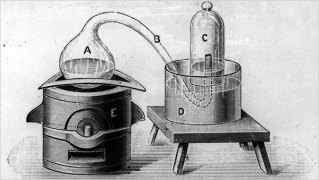 It was by following in Stahl’s footsteps that Joseph Priestley discovered oxygen. Priestley had a knack for studying gasses. He was good at capturing and manipulating them in a controlled way. The figure to the left is an apparatus  of a type common to Priestly’s work, where a substance is heated (e.g., KClO3) to boil off a gas (e.g. O2) in a way that the gas displaces water in an inverted flask so that it may be captured in pure form.

Priestley found that oxygen purified in this way could refresh deflogistated (-perhaps, phlogistated?)

air allowing it to support combustion once more. It could also rescue an animal from suffocating in a bell jar (something that Preistley did enough that is sounds almost like a hobby of his.) The idea that air was composed of numerous components was a new one, and already Preistley was purifying these substances and demonstrating their requirement for life and for chemical reactions.

So, how does this change the way we needed to think about phlogiston?

It explains that mass doesn’t just disappear when burnt. It goes somewhere, it becomes something else (CO2). It changes the requirement for combustion from one considering the diffusion of matter out of one thing and into the air into a chemical conversion of something into something else.

Instead of the Phlogiston equation, we have the combustion reaction (either proceeding until completion or not): 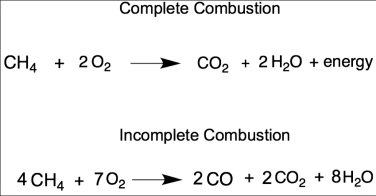 Phlogiston might still fit in as carbon if we are insistant, but now we see that something else is required as well: Oxygen.

Flames don’t necessarily go out because of too much Phlogiston (CO2) in the surrounding air, but because of a lack of something else, Oxygen.

The importance of Stahl’s work was not that he was right or wrong, but that Stahl was attempting to bring rigor and experimentation into science. In medicine and chemistry, Stahl believed in taking an empirical approach to his work. Ultimately, this was a stepping stone from the pseudoscience of alchemy to the real science of chemistry.

:istr makes a nucleophilic attack on chemy, resulting in the leaving group (Al) to leave and precipitate out.

Posted by downhousesoftware on June 14, 2016 in Uncategorized