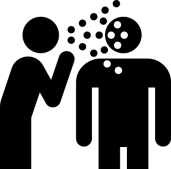 My microbiology class is having a special mini-exam on the Tuesday after we come back from Spring Break. This exam will cover chapters 11 and 12 of the Cowen Microbiology text, which is basically ‘how do we kill microbes outside of the body’ and ‘how do we kill microbes inside the body?’ This exam will also have elements taken directly from Exam I presented as an opportunity to retain that material and be sure that we keep these core ideas in mind.

That said, I will be happy to entertain any questions proposed by students (or non-students) on these topics.

Posted by downhousesoftware on March 12, 2015 in Uncategorized

A great old government film touting the discovery and promise of Penicillin:

Penicillins are a group of drugs naturally produced by penicillium molds. The antibiotic activity of penicillium was first observed by Alexander Fleming in 1928. He recognized the value of what he was seeing, but was unable to isolate the molecule that mediated the activity and therefore could not perform appropriate trials. It was not until Howard Florey and a team of researchers including Ernst Boris Chain and others from the Sir William Dunn School of Pathology, University of Oxford managed to isolate and purify the substance that its great promise became evident. (later Fleming, Florey and Chain shared the Nobel Prize in Medicine for their work)

A number of naturally occurring penicillins exist, each characterized by a beta-lactam ring joined to a variable R-group. These drugs may be effective in the treatment of certain, susceptible (mostly) gram positive bacteria. The mechanism of action is the inhibition of peptidoglycan crosslinks in the bacterial cell wall, such that organisms cannot produce new cell wall and wind up shedding the wall during division. Without the cell wall, the bacteria is highly susceptible to immunological mechanisms and is readily killed.

Unfortunately, many otherwise susceptible bacteria produce an enzyme (penicillinase / beta-lactamase) that cleaves the beta lactam ring structure leaving it ineffective. This single enzyme can be easily passed from one bacteria to another via a sex pilus or transformation rendering them non-susceptible to the antibiotic.

This enzyme breaks the β-lactam ring and deactivates it’s antibacterial properties. Because beta-lactam is central to the activity of penicillins, cephamycins, and carbapenems, all of these antibiotics can be rendered ineffective by organisms possessing this enzyme.

To counter this beta-lactamase activity, Clavulanic Acid can be used as an inhibitor of this enzyme. Clavulanic acid acts as a competitive ‘suicide inhibitor’, covalently bonding to the active site of the β-lactamase and irreversibly inactivating it. Compounds of the drug (Penicillin) and the enzyme inhibitor (Clavulanic Acid) are available as Amoxicillin under a number of brand names.

Posted by downhousesoftware on May 21, 2013 in Uncategorized