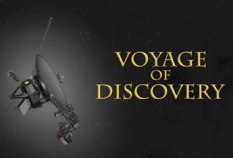 Last week’s Science magazine had a pair of articles about Voyager 1’s arrival at the heliopause and the fluctuations of particles it has encountered. For about a year astronomers have been talking about the limits of the solar system.  An idea that I admit I had never entertained in any absolute way. Instead, my image of the extent of the solar system is mostly shaped by the most distant planets’ orbital paths. Sometime in the past decade or two, I became aware of plutoid objects, among which Pluto is one and that there is an Oort Cloud beyond that. I’ve always been a bit hazy about the details of what comprises the Oort cloud and how this differs from the plutoid objects.

Sometime during the conversation ignited by Pluto’s demotion to a dwarf planet, I head a good description of the solar system that described it as: four small, rocky planets close to the sun, then a belt of asteroids, followed by four large, gas planets, then another ring of small objects. 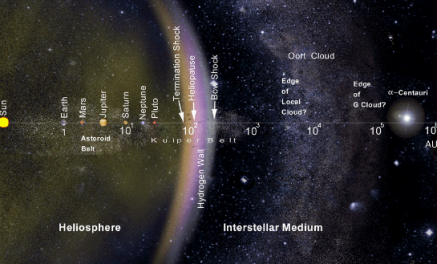 The edge of the solar system

I really am looking for someone to explain this in terms that a reasonably intelligent person without much astronomy background can comprehend. That is, I don’t want too much left out, but I’m not necessarily ready for an overly technical explanation.

With respect to local suns, what is the position of our solar system? What forces interact between the suns? What do we know of the space between solar systems (or between galaxies?) 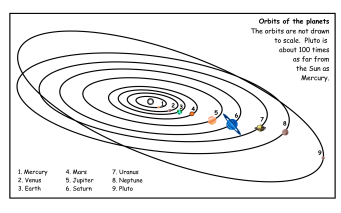 A simplistic view of nine balls circling a star

That’s a pretty tidy description, but I think it leaves out a lot.

The interest now is in defining the edges, the limitation of the sun’s influence on space in favor of extra-solar forces. From what I gather, this is referring to both ‘solar wind’ and magnetic field.

I can understand this from the inside (although I need correcting here too) ,  but what I don’t fully grasp are what the forces are outside of the solar system. What dominates those forces? One thing I notice in the illustrations I’ve seen is a teardrop shape to the system resulting from a unidirectional current. What is this current? Is it emanating from other solar systems? Some local influence of nearby stars? Or a galactic force? 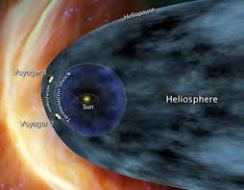 I hope someone out there can help me understand this better.

Posted by downhousesoftware on July 20, 2013 in Uncategorized 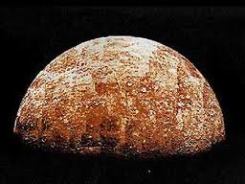 Mercury, the closest planet to the sun has temperatures ranging from 400 degrees C on the surface to -170 degrees C in some permanently shadowed craters.

I was just about to go to sleep when I remembered that my biology class is having a quiz tomorrow and I should post a hint to an extra credit question. Rather than post it here, I’ll refer you to the Nature.com site that has extraordinary new data about a newly identified water reservoir in our solar system.

Follow this link to Nature’s news story about the finding.

Posted by downhousesoftware on December 4, 2012 in Uncategorized