Why the Electoral College is Relevant Today 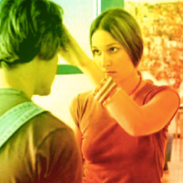 A common argument against the current system is straightforward: it is in place to prevent the will of the people from overriding the will of the elite. That’s not very democratic now is it? The electoral college  is the inverse of universal suffrage, which is the direction the United States has been heading for most of its existence (slowly). On the one hand, ‘No taxation without representation’ was part of the rationale for the revolution against the English Crown (I know what you’re thinking D.C., sit down and be quiet).

Yet, don’t forget what Ms. Ginny Stroud, the Civics teacher in Dazed and Confused, reminded her students about July 4th as they finished their last days of school before Summer:

Don’t forget what you’re celebrating and that’s the fact that a bunch of slave-owning aristocratic white males didn’t want to pay their taxes.

It was equally desirable, that the immediate election should be made by men most capable of analyzing the qualities adapted to the station, and acting under circumstances favorable to deliberation, and to a judicious combination of all the reasons and inducements which were proper to govern their choice. A small number of persons, selected by their fellow-citizens from the general mass, will be most likely to possess the information and discernment requisite to such complicated investigations. It was also peculiarly desirable to afford as little opportunity as possible to tumult and disorder. This evil was not least to be dreaded in the election of a magistrate, who was to have so important an agency in the administration of the government as the President of the United States. But the precautions which have been so happily concerted in the system under consideration, promise an effectual security against this mischief.

The choice of SEVERAL, to form an intermediate body of electors, will be much less apt to convulse the community with any extraordinary or violent movements, than the choice of ONE who was himself to be the final object of the public wishes.

That’s right, don’t convulse the community with extraordinary or violent movements. That’s been one of my primary reasons for being a supporter of Hillary this whole election cycle, because the older I get, the more unsettling

a revolution sounds. And this is not because I don’t think that the country could be better. It’s because I also think that it could be a lot worse.

A little taste of what convulsing the community will get you can be had in reading The Economist‘s article ‘Tethered by History’ recounting the failings of the Arab Spring in bringing about change in the middle east. Maybe I’m over-reacting, but the last time I looked, the world economy has yet to find its footing again after the recession beginning in 2008. Fortunately, many of the aftershocks of that quake were dulled by the stabilizing influence of the EU in keeping countries like Greece and Portugal from becoming failed states. After all, nothing puts pressure on a marriage like financial problems.

That all said, the Presidential primaries have been a good, safe place for the parties to work out their own problems and figure out what they believe in.

With that in mind, the greatest good I see coming from the Bernie Sanders Campaign is that it has shown that a substantial portion of Democratic voters are further to the Left than where the Democratic Party has drifted in recent decades. Sanders is a sign to Hillary that moving to the Right, as many Democratic Nominees have done, is not the only way to garner more votes.

The good that I see coming from the Donald Trump Campaign is much the same. The Republican have been moving to the Right and building grassroots support especially amongst social conservatives since the time of Ralph Reed. Ted Cruz was an excellent example of this in the current election cycle, which had nothing but party non-conformists for Republicans to choose from with the exceptions of Rubio and Bush.

The harm of these candidates is that the only way to move the parties was to unmoor the safety lines and push. My only hope is that if either of these outsiders gets into office,  the governmental ground game that has resembled trench warfare for the past decade will continue to spend time doing nothing until we can put saner minds in control again.

Which brings me back to my initial position, that separating the fickle will of the people from the actual reigns of power may be the only thing that keeps the US from turning directly into the tempest. I’ve been accused before of being an elitist when it comes to government, but frankly, it’s because I would much rather have the best person in office than the loudest. Isn’t that what being an elite is about? Not being subject to the wind, but still sensing its influence and understanding what it means?

Just like so many other multiple choice questions, when none of the answers look correct, select the best from what you have. And if you can’t see which is the best available, don’t vote. 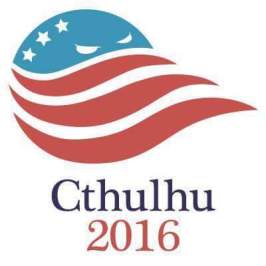 Posted by downhousesoftware on May 7, 2016 in Uncategorized